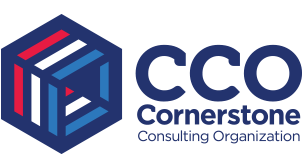 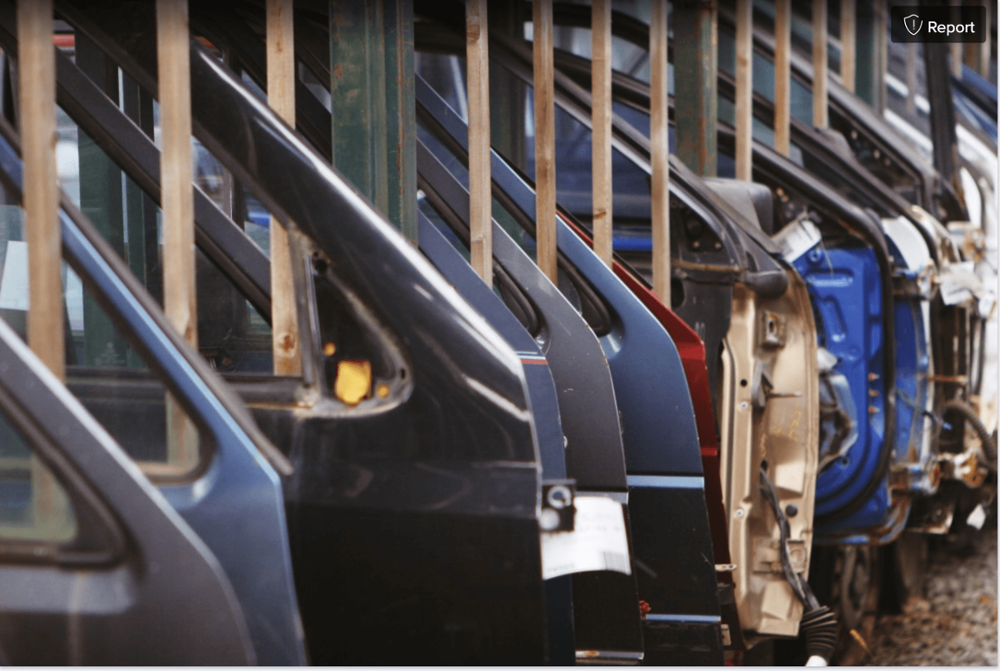 Challenged with an accelerated consolidation and urgent need for synergies, an automobile components manufacturer relied on Cornerstone Consulting to lead them to excellence in safety, quality, cost, and delivery performance.

In March 2018, the manufacturer began the transfer of 22 injection molding presses from North Carolina to its facility in Mexico. At the time, the Mexico facility was staffed to operate only 28–30 machines, and it would take time to ramp up to staffing levels necessary to support 50 machines. However, business conditions were such that an accelerated transfer became necessary. The 22 machines were repositioned to Mexico, and production began. Given a variety of system, process, and staffing issues, both quality and output suffered. Overall equipment effectiveness (OEE) bottomed out at 57%, and “first quality, first time,” (FQFT) in the paint room plummeted to 30%. This resulted in daily production outages, premium freight, and other nonstandard costs that totaled approximately $5 million per month.

The Cornerstone recovery team arrived in April of 2018 and immediately began implementing our fundamental operational excellence practices. Among them was a system-wide “5S” campaign (sort, set in order, shine, standardize, sustain). This drove discipline and ownership among the Mexico team and helped optimize the factory footprint to allow installation of the additional machines. 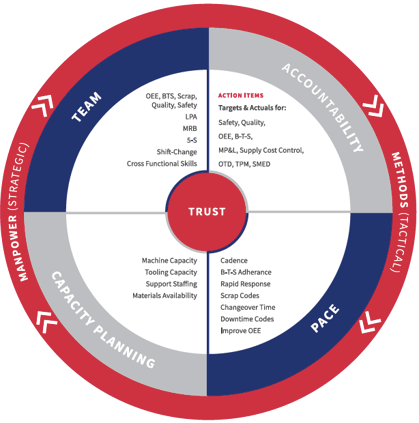 Cornerstone also created an “accountability room,” where plant leaders drove daily comprehensive operational performance reviews. Various communication boards were placed around the room with process and data owners assigned. Each day, the assigned personnel were accountable for updating their boards with the previous day’s performance and explaining any deviations. Action items were assigned, and corrective measures were confirmed before closing. The accountability room served as the communication hub for all key performance indicators related to quality, cost, and delivery.

With a collaborative, all-hands-on-deck approach, operational performance results began to improve. Pace boards were used to set the tempo of the production lines. OEE, which is calculated by multiplying the availability of equipment by performance efficiency and again by quality of output, is a leading indicator of throughput velocity. As clearly demonstrated in the graphs below, as OEE began to improve, customer outages and backlogs started to decline. As of November 2018, OEE stood 26% higher than baseline, and premium freight charges were at $0.

With the rapid deployment of Cornerstone’s fundamental practices, we were able to quickly transform organizational fatigue into operational “FITness” and win the war against entropy.

CCO is an execution-focused consulting firm. When called, we respond rapidly, assuming key leadership roles and performing the actions necessary to close performance gaps. We own and utilize one of the best operational excellence systems and accountability processes in the world. We can deploy quickly and establish effective and efficient governance over any type of process. We offer an impressive price-to-value ratio, with ROI often exceeding three or four times a client’s WACC. We build lasting relationships, and we consider our clients as partners in the progress we seek.

At Cornerstone, we deliver excellence—with intensity, humility, and a fierce resolve.